What You Need to Know About the 2020 Facebook Update

At the 2019 F8 Developer Conference, Facebook announced that it would be pushing a major update in spring of 2020. This update, known as FB5 or The New Facebook , is bringing major updates – some of which have been much-needed for a while now. For example, you will be able to pick up on your news feed where you left off, among other useful features. As a platform that many of us use on a daily basis, major changes may seem a little intimidating. We are here to explain the basics of these changes and hopefully make this transition a little easier.

As Facebook has evolved, 2 aspects of the service have continually brought people back day after day: Events and Groups. The New Facebook will make these 2 aspects more prominent, bringing your most important communities to the center of your Facebook experience. Along with the emphasis on Groups, The New Facebook will make an effort to focus on what you care about the most. The groups tab, located on the side navigation bar, will provide a feed of the groups you interact with regularly. If you aren’t part of many groups currently, Facebook will suggest groups for you to join based on your interests. They are also working to protect your privacy on sensitive topics by letting you request an admin post something. This allows you to find out information without having your name tied to the post.

Facebook has made an effort to create a cleaner, more modern design for the turn of the decade by using a brighter, heavily white color scheme. Facebook will even be jumping on the dark mode trend. This will be available for web users, as well as in Messenger. As far as navigation goes, The New Facebook has made a huge effort. The top navigation bar now allows easier access to pages such as Home, Notifications, Video Feed, Profile, Marketplace, and Groups. The left navigation bar will show your News Feed, a list of all of your top groups, plus more.

Facebook has reiterated several times that they believe the future of social media is in private messaging. This initiated several big changes in Messenger, such as making it faster than ever. Messenger will provide the ability to call and message friends and family across platforms, such as Instagram and WhatsApp. The new Messenger app will also be available on all devices, making communication easier than ever. Within Messenger, there will be a new tab, which is dedicated to your closest connections – allowing them all to be in one place. You will be able to view stories, group chat, and even watch videos together. 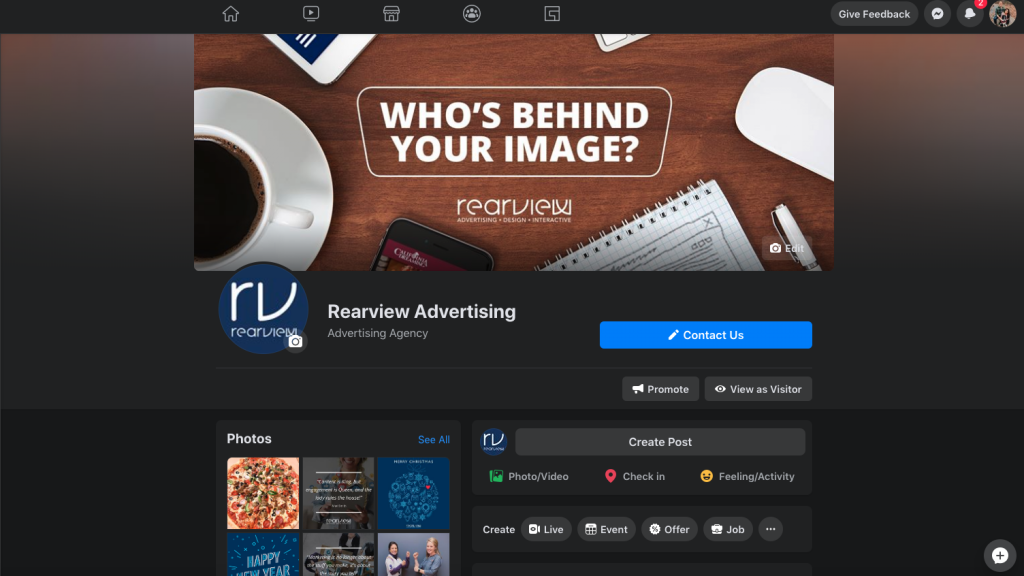 In addition to the major changes explained above, Facebook is adding new features. This includes things such as a Professional Feed for applying to jobs, secure checkout within Messenger, Facebook Dating, and more. Check out this video explaining some of the changes in-depth. The New Facebook has been partially released on mobile and fully released to a small percentage of users on desktop for testing, however, there has been no indication as to what allowed these users to get the first view of the updated platform. We expect to see the update for all users by spring of this year.

If you or your business are having trouble with the Facebook update and making sure your brand is known, contact us for professional help.

4 Social Media Trends for Brands in 2018

What You Need to Know About the 2020 Facebook Update

Retargeting: Put Eyes Back on You

Quickly Level Up Your Facebook Presence – Step by Step

« Level up Your Email Marketing: Wrap-Up

Level Up Your Business Photography »

Professional Naming Services to Level Up Your Brand

What’s in a name? For something that will represent your brand for years, even decades, that’s a question that takes…