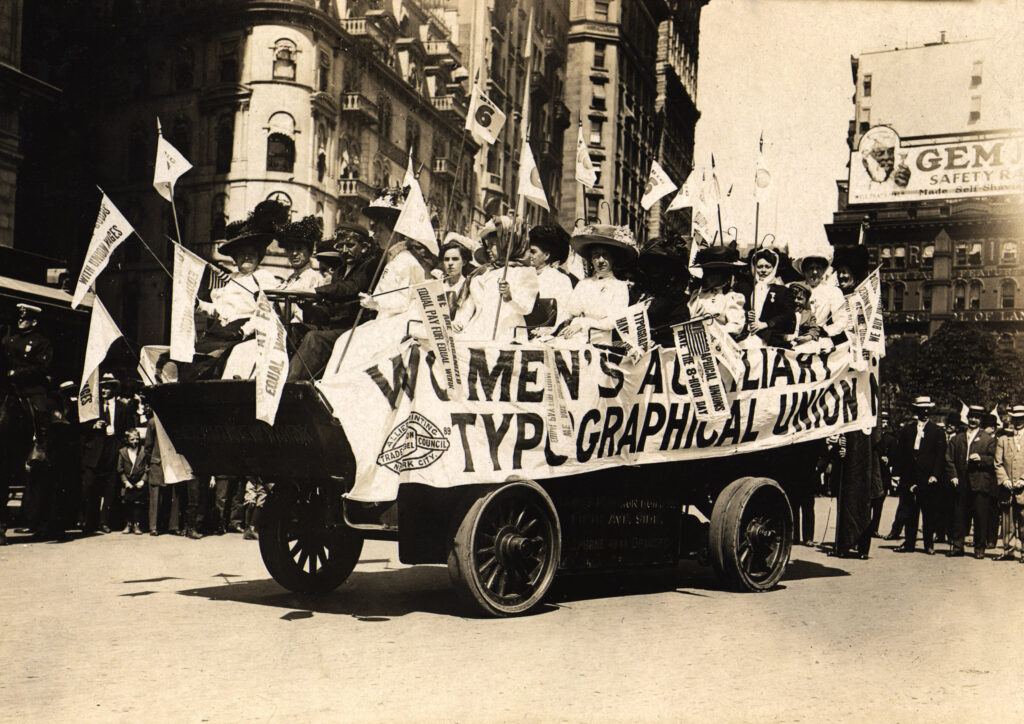 Now, Grover Cleveland didn’t make Labor Day a national holiday until 1894, but plenty of states had been celebrating the strength and majesty of the American worker for a while before then. New York, for example, was hosting their first Labor Day parade as early as 1892 – but that parade was very nearly a Labor Day disaster. On the day of the parade, more people had shown up to stand on the sidewalk and watch than had come out to walk and participate. The stories you’ll hear about that parade paint it as full, beautiful, patriotic, and even emotionally moving, but that didn’t look like it was going to be the case on the morning of. That is, until a ferry full of hundreds of jewelers from New Jersey landed on the NY shore of the Hudson. Here’s the story of how it really happened, and the stick-to-it-iveness that helped make Labor Day into the spectacular American holiday that it became!

The Labor Day that Almost Wasn’t

Per the Department of Labor’s account, early on the day of the Labor Day parade the Grand Marshall of the proceedings, William McCabe, realized there was a problem. Only a small number of marchers had amassed, and they had absolutely no music to march to. Hundreds of spectators had gathered to watch, but the crowds nearby started to get restless. A few spectators even came over to suggest McCabe call it all off – when all of a sudden a man named Matthew Maguire, a leading figure in the labor movement in New York at the time, ran across the lawn to deliver some very good news.

New Jersey to the Rescue

Two hundred marchers from the Jewelers Union of Newark Two were just now walking off the ferry, and they had a full marching band with them. As the clock struck 10 a.m., they were already making their way past McCabe. The police escort took up their places alongside the marchers, and McCabe and his group followed right behind. As the parade went on, spectators started to fill in the back rows and soon there were 700 people in line in the march. As the march went down Broadway and through Manhattan, final reports say they had grown to nearly 20,000 men and women from all trades, including bricklayers, typists, machinists, masons, clothiers, carpenters, and many more. Onlookers along the route craned their necks and leaned out of windows to watch the procession – witnessing the first Labor Day parade that New York had ever seen.

At the end of the route, tradesmen either left to go back to work, or stayed at Reservoir Park to enjoy the festivities. Partiers indulged in speeches, picnics, cigars, and “Lager beer kegs… mounted in every conceivable place.” per the Department of Labor’s retelling.

The calm, informed leadership of Grand Marshall McCabe, the quick thinking on Maguire’s part, and the presence of hundreds of dedicated workers are what grew that parade into the incredible spectacle it’s remembered as – and it’s a perfect reflection of what makes American labor exceptional. Happy Labor Day!

« Quick Reference: How to Clear Your Browser Cache to See Website Changes